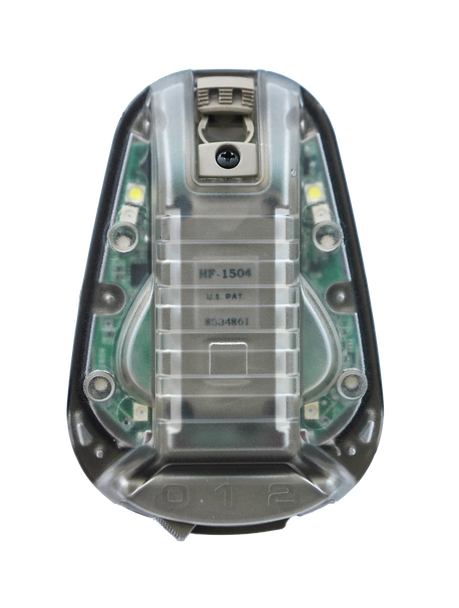 Brand:
Core Survival
SKU:
CS-HS6-640
UPC:
Availability:
Shipped from our or manufacturers warehouse. Your credit card will not be charged until product ships. You will be notified of any delays.
Weight:
1.60 LBS

Now: $667.37
Was:
The PIM-701 is a handheld, wireless device that allows military users to re-program the four functions of selected HEL-STAR 6 and F2 models in the field. The PIM itself is programmed through a USB...

Now: $81.98
Was:
The new and versatile Vantage 180 X for firefighters is three lights in one! It's a helmet mounted light for hands-free tasks, a right angle light that can attach to your turnout gear, and a handheld...

Now: $265.05
Was:
HEL-STAR® Lead Jumper Light was designed to mark the lead jumper during parachute operations. Equipped with Ultrabright IRs that emit in a distinctly unique flash pattern of...

Now: $667.37
Was:
The PIM-701 is a handheld, wireless device that allows military users to re-program the four functions of selected HEL-STAR 6 and F2 models in the field. The PIM itself is programmed through a USB...

Now: $265.05
Was:
HEL-STAR® Lead Jumper Light was designed to mark the lead jumper during parachute operations. Equipped with Ultrabright IRs that emit in a distinctly unique flash pattern of...

$114.48
Now: $113.99 - $118.80
Was: $114.48
LSM is a slider‐mounted lighting system designed to provide visual marking of parachutists and/or aerial loads for collision avoidance and tracking during training and tactical operations. The LSM is...

$380.00
Now: $285.00
Was: $380.00
The 3M Peltor COMTAC family of headsets provides tactical hearing protection for today’s modern warfighter. COMTAC has been designed specifically for use with firearms and ballistic combat...

Now: $129.95
Was:
When it comes to saving lives, anything less than the best is not an option. Since the introduction of the original MS-2000, it has become the main Combat Search and Rescue (C-SAR) light carried by...

HEL-STAR 6® is a purpose-built helmet mounted LED light designed for airborne/MFF, tactical and other military operations.

Independent testing has confirmed that the HEL-STAR 6® exceeds the FAA’s 3 statute mile visibility requirement. HEL-STAR 6® is built on a platform that allows new technology to be incorporated as it becomes available. As mission demands shift and expand, HEL-STAR 6® can evolve with changing user needs.

The HEL-STAR 6 is very user-friendly; even in the blind. It is a true full-spectrum signal light whose modes can be quickly switched in the field to accommodate various mission requirements. The nose of the HEL-STAR 6 contains the mode switch, allowing the user to change between “A” and “B” functions. The function/power control switch is located at the tail of the unit and moves perpendicular to the mode switch. This provides the user a clear indicator as to what switch they are activating without having to look.

There are two series of HEL-STAR 6: 620 and 640. The 620 features a lock clip in the nose that requires a tool for removal. When the arrow on the clip is facing the nose, the HEL-STAR 620 will be locked into two functions. The clip must be pried up, flipped and replaced to switch to the other two functions. This provides extra security for the user so that he/she can choose either Overt Visible or Infrared functions only, eliminating the possibility of accidentally flashing a visible strobe in the field.

The HEL-STAR 640 Series provides a simple detented switch at the nose for changing modes on the fly.