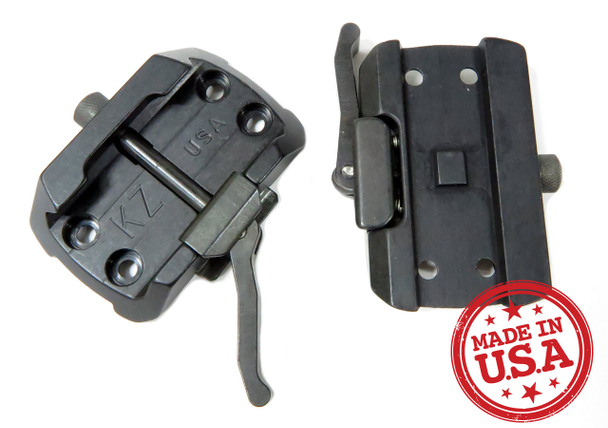 MSRP:
Now: $29.99
Was:
The AEMS Low Mount fits all AEMS and AEMS CORE models. This accessory fits all standard picatinny rails and offers the lowest height option for an AEMS optic. Suitable for firearms platforms with...

MSRP:
Now: $59.98
Was:
The Battle Steel MRO mounts are precision machined from a single piece of 7075-T6 high strength aluminum.  Base Bolt Pattern works with other optics such as Holosun, Bushnell and others...

MSRP:
Now: $24.95
Was:
Quick-Release Conversion Kit for Aimpoint Micro mounts. Identical to the Aimpoint 12184 Compatable with all Aimpoint Micro sight mounts 100% Made In USA

MSRP:
Now: $49.95
Was:
The new KZ Front Sight Tower Combo mount uses a rugged two piece design to achieve a rock solid platform for Lights or Lasers and provides QD Sling mounting points on either side of the sight tower...