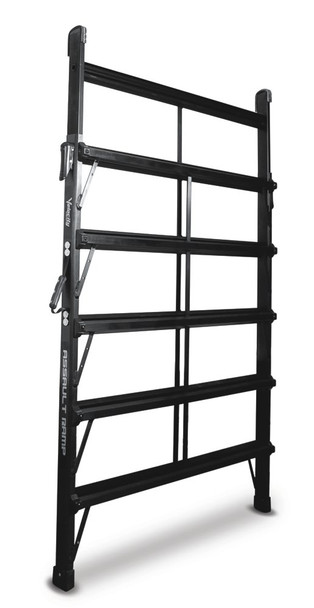 Brand:
Little Giant Ladders
SKU:
LittleGiant-15310
UPC:
96764153106
Availability:
This Product DOES NOT qualify for FREE shipping & is shipped from our or manufacturers warehouse, Your card will not be charged until you approve shipping charges & product is ready to ship.
Weight:
52.00 LBS

Now: $236.99 - $517.99
Was:
Ordinary extension ladders are heavy; and always have been. The leading cause of extension ladder injury is linked to the weight of the ladder—often resulting in torn rotator cuffs, herniated...

Now: $481.99 - $775.99
Was:
The vast majority of ladder accidents are caused by using the wrong type or size of ladder for the job and by overreaching. The Little Giant Conquest™ is designed specifically to help...

Now: $104.99 - $215.99
Was:
The Little Giant AirWing® Fiberglass is engineered to be a safe, highly mobile stepladder for tradesmen and working professionals. The lightweight AirWing opens easily from a 3” storage...

Now: $388.99 - $538.99
Was:
The Revolution is designed to be the safest ladder on the planet. Since it's adjustable, the Revolution can be used safely on stairs, ramps, curbs, docks or other uneven surfaces. The Revolution is...

Now: $179.99
Was:
You want fast, convenient and safe? Meet the Little Giant Velocity. Customers said they wanted faster setup, faster takedown and lighter weight—all with the same legendary safety and...

Now: $526.20
Was:
The Little Giant Tactical Ladder is the only ladder designed specifically for tactical military, SWAT and law enforcement use. The Tactical Ladder Model 17 is built to withstand heavy use with...

Now: $399.00
Was: $527.00
The Little Giant Tactical Ladder is the only ladder designed specifically for tactical military, SWAT and law enforcement use. The Tactical Ladder Model 13 is built to withstand heavy use with...

Now: $554.40
Was:
The Little Giant Tactical Ladder is the only ladder designed specifically for tactical military, SWAT and law enforcement use. The Tactical Ladder Model 22 is built to withstand heavy use with...

Now: $129.95
Was:
Offers the opportunity to scale urban buildings from the outside using standard aid techniques. It also works great for many rescue applications including confined space egress and low and high angle...

Now: $39.99
Was:
The movable work platform fits on any rung and is designed to support up to 300 pounds of anything from paint to people. Our unique design makes it tuck away when not needed yet easily moved into...

Now: $740.12
Was:
The Little Giant Aircraft Support Ladder is the only multi-use ladder designed specifically for the heavy demands of military use. The AS Ladder is safe enough to use on a runway or a windy deck,...

Now: $148.99
Was:
The Little Giant Safety Step is a unique combination of strength and simplicity. The Safety Step is constructed with super-strong, lightweight aerospace-grade aluminum; its wide, slip-resistant steps...