Fostech Echo AK-47 Trigger
(No reviews yet) Write a Review 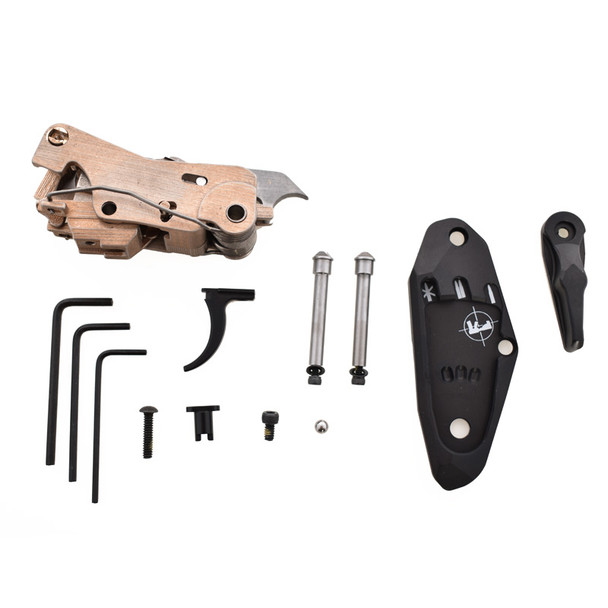 Now: $12.30
Was:
Reliability in a magazine means two things; less time where a shooter is exposed to danger, and more time spent engaging the target. To be called reliable, a magazine needs to do several things...

Now: $13.25
Was:
Reliability in a magazine means two things; less time where a shooter is exposed to danger, and more time spent engaging the target. To be called reliable, a magazine needs to do several things...

Now: $19.99
Was:
TekMat is the creator of original printed cleaning and maintenance mat. Our 36” TekMats are large enough to handle a fully disassembled rifle with room to spare for tools and accessories. The...

Now: $299.98
Was:
The ECHO Sport is an economical pull and release trigger for the AR-15 platform. The ECHO Sport has the functionality of the ECHO AR-II. Echo Mode: Firearm fires when trigger is pulled and also...

Now: $199.98
Was:
The Smith & Wesson QuickDraw High-Security Safe is made of massive 16 gauge, cold rolled steel construction with a hinge assisted lid that presents your handgun to you when...

Now: $9.98
Was: $15.00
The Hexmag HX Series 2 features a superior Grip which is achieved with Hexmag's patented hexagonal surface pattern as well as the pronounced ribbing on the front and back of the magazine. This...

Now: $14.95
Was:
Designed to be worn in carrier between armor and body. PORON XRD Extreme Impact Protection Material is a breakthrough technology that has been tested to absorb up to 90 percent of energy when...

Now: $89.98
Was:
The Super Charging Handle (SCH) is 3D machined from a solid block of aircraft grade 7075-T6 aluminum and its ambidextrous design allows for seamless operation from either side of the weapon. The...

Now: $34.98
Was: $39.98
Designed to have a more comfortable performance fit while holding standard plates, an emergency drag handle, quick cinch adjustments for the front and hook and loop adjustments on the shoulders,...

Now: $160.00
Was:
FOCUS ON THE MISSION, YOUR FEET ARE COVERED. With the same rough-out leather and rugged nylon that you expect from Danner, we built the Tanicus to be our lightest military boot that is theater ready...

The Echo Trigger allows the shooter to select from 3 different settings:

The Echo AK Trigger is designed to work with stamped AK’s.  As a general rule milled AK’s should also work as long as you are willing to work with the mode selector plate and the trigger blade in some cases.  We have yet to find a gun that it won’t fit in. It’s the parts outside of the receiver that generally causes issues. However, due to the inconsistent nature that many AK style rifles/pistols have been and continue to be produced,  individual results may vary.

Below are some milled AK’s tested to be compatible: