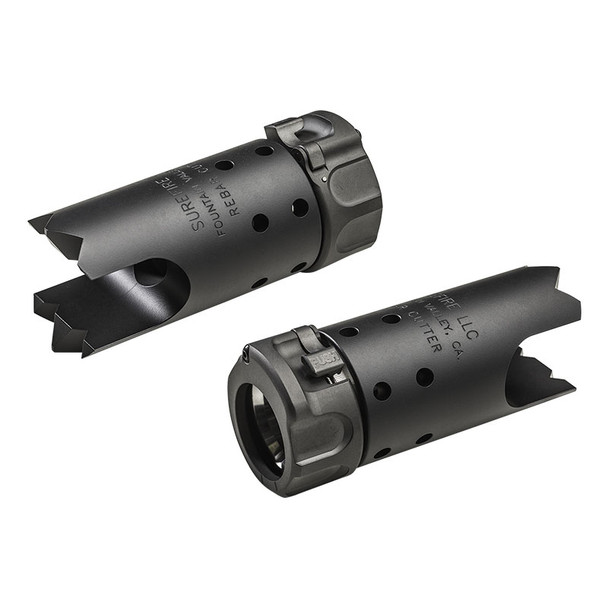 Now: $19.95
Was:
A functional belt cutter is essential for cutting through safety belts after an accident or to expose injuries under clothing. Convenient and risk-free use even in stress situations are the strengths...

Now: $15.95
Was:
With an innovative design that shields the cutting edge, this tool serves its purpose in emergency situations. The 420HC steel hook knife cuts through anything, the molded rubber grip and finger hole...

Now: $75.98
Was:
The "Commando" Cutter is the most efficient barbed wire cutter. Thanks to a special process the blades last even when cutting the hardest barbed wire (one or two wires). Its small size and the thumb...

Now: $14.98
Was: $19.98
Quicker, easier reloads for right or left-handed shooters. Lets you activate the magazine release with the thumb of the non-firing hand while keeping the rifle on target. Specification: Made...

Now: $269.00
Was:
The revolutionary SureFire M600IB is the most sophisticated, most innovative member of our best-selling Scout Light Family. It utilizes SureFire’s proprietary IntelliBeam™...

Now: $269.00
Was:
The M600 AA Scout Light is all about performance, capability, and versatility. This highly adaptable WeaponLight features a recoil-proof, high-output LED that’s focused by a proprietary TIR...

Now: $269.00
Was:
The powerful, virtually indestructible X300 Ultra WeaponLight was primarily designed for handguns but is also excellent for long guns and mounts securely to MIL-STD 1913 rail-equipped rifles via its...

The SureFire RBC was developed after a military request as a measure to allow the shooter to defeat reinforcement rebar. The RBC simply slides over a SureFire WARCOMP·556·CTN Suppressor Adapter and securely`attaches via the same patented Fast-Attach® mechanism used on our best-in-class, battle-proven SOCOM suppressors. While cutting through rebar with live ammunition is inherently dangerous, the RBC provides a more effective, safer scenario by aligning the bore of the weapon with the rebar and offering some protection—to the operator, those nearby, and the weapon—from spalling of the fired round and rebar fragments. Simply index the attached RBC with the rebar and apply forward pressure before firing the weapon. The RBC is merely a locating device, and it will not degrade the performance of the weapon or adversely affect ballistics of the projectile fired.