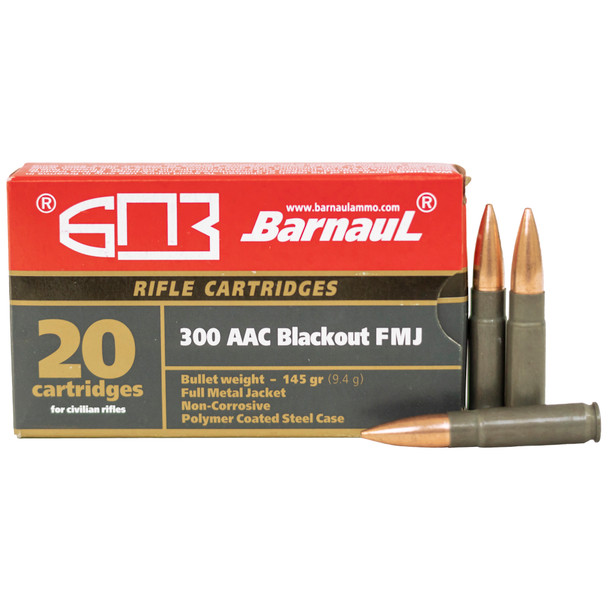 The Barnaul Cartridge plant in Russia is one of the oldest Russian Small Arms manufacturing factories. Original established in Saint Petersburg in the 19th Century it was relocated to Podolsk in 1918 during the Russian civil war. Production was restarted under the "P" designation in 1920 then again re-designated as factory 17 in 1928. During World War II the factor was then relocated again to it's current location in Barnaul in 1941 where it remains in operation to this day. The Barnaul factor manufactures many popular lines of ammunition including the Barnaul Rifle Cartridge line offered here. Pick up a box or two of this quality steel cased ammunition.

MSRP:
Now: $19.98
Was:
Designed to be worn in carrier between armor and body. PORON XRD Extreme Impact Protection Material is a breakthrough technology that has been tested to absorb up to 90 percent of energy when...

MSRP:
Now: $19.98
Was: $30.25
PPU's Standard line of rifle ammunition is designed especially for big game hunting. Only the best quality components are used during production to ensure that these cartridges are accurate,...

MSRP:
Now: $12.50
Was:
The Okay Industries SureFeed E2 magazines offer many advantages over the standard aluminum AR-15 magazines. The E2 magazine features textured side panels for a positive secure grip during magazine...